For the scenarios listed below, identify which of the workflow patterns presented in the book is used.

Below you find the textual description of the “Structured Loop” workflow pattern, which you do not find in the book. Model both variants of this pattern as a Petri net.

The “Structured Loop” pattern allows the repeated execution of an activity “Y”. In contrast to the “Multiple Instance” pattern however, at most one instance can be active at the same time.

The decision on whether the activity is repeated may be done in a “while … do” fashion by a condition called “pre-test” that is evaluated before the activity. The other variant is a “repeat … until” loop with a “post-test” condition after the activity.

The “Structured Loop” has a single entry and exit point. For modelling the Petri nets, imagine there is a preceding activity “X” and a subsequent activity “Z”.

Now have a look at the coloured Petri net below with it’s initial marking and answer the question below. 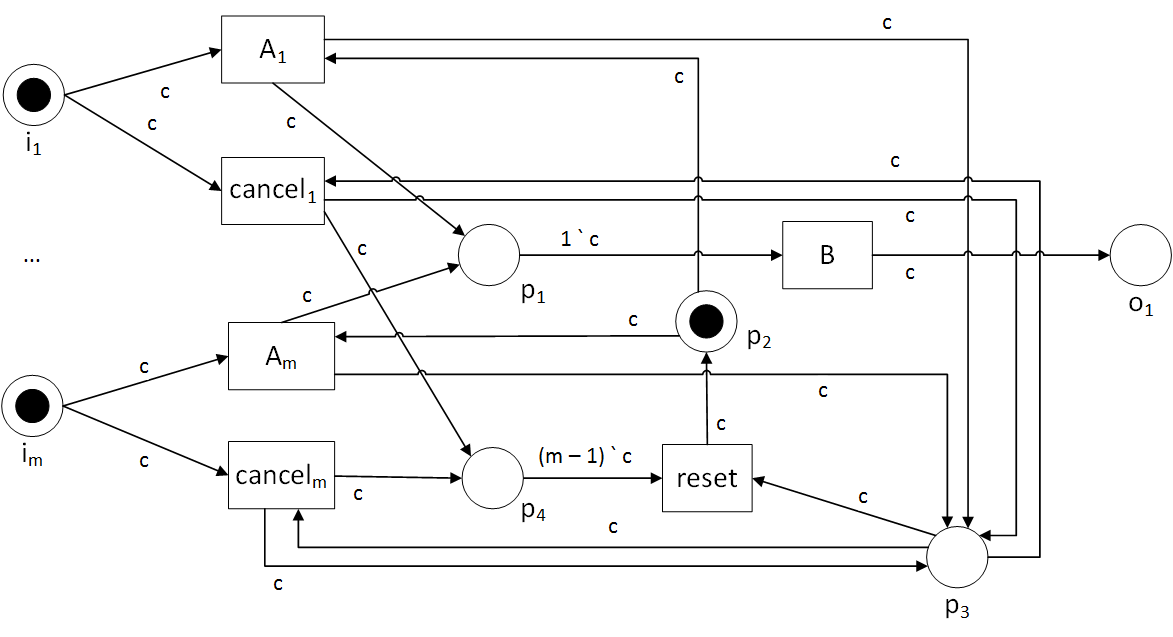